ECHO’s engaging, interesting, relevant and fun exhibits and programming that make sure that each visit offers something new and something memorable. From the more than 70 species of animal ambassadors to a look ahead at what must be done to keep Lake Champlain healthy and vibrant, ECHO has something for everyone.

Dive into the Lake with us and discover the mysteries hidden below.

Explore a life-sized recreation of The General Butler, which is 1876 set sail from Isle La Motte, destined for Burlington. As The General Butler approached Burlington’s breakwater, an intense winter storm stirred up incredible waves that raised and smashed the Butler into Burlington’s breakwater. Moments later, as the last of the vessel’s crew jumped ship, down it went to the bottom of the lake. Explore a life-sized recreation of this shipwreck and learn about this and the estimated 300 other shipwrecks that make up Vermont’s Underwater Historic Preserve in Lake Champlain.

Is the Legend of Champ a myth or reality? In 1609 Samuel de Champlain spotted a twenty foot serpent in what was to become Lake Champlain. The Abenaki and Iroquois cultures have their own legends about a Lake creature. So does Champ exist? You decide! See images from Champ sightings. Discover the stories of those who have seen Champ, and hear biologists’ reflections on whether or not Champ lives in Lake Champlain.

The Lake Champlain Aquatic Display contains some of the biggest and most impressive fish found both at ECHO and in Lake Champlain.

From the alpine zone of the surrounding mountains to the sparking shores of Lake Champlain, the Lake Champlain Basin provides a land of opportunity for plants and animals, including humans. The Land of Opportunity exhibit highlights some of the fascinating interactions between nature, plants, animals, and the resources that exist within the Basin. How do we all utilize these natural resources? How does nature foster or limit the opportunities that abound?

Built in collaboration with scholars and experts, including Smithsonian Institution Archaeologist and Anthropologist Stephen Loring and Abenaki Historian Frederick Wiseman, this exhibit explores the human-landscape connections that go back thousands of years, from the Paleoindians of the last Ice Age to the Abenaki and Mohawk today. 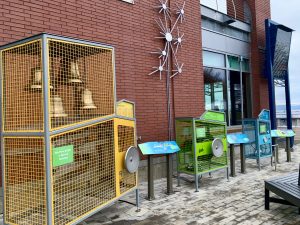 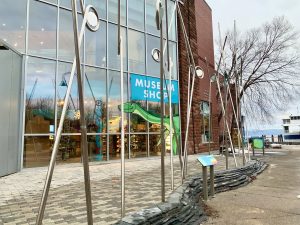 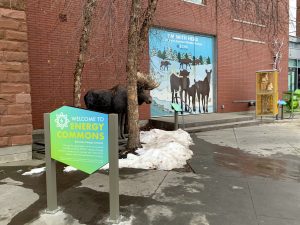 Energy Commons invites people to explore our past, present, and future relationship to energy through interactive experiences and social connection. It is a waterfront destination and a means for improving a neighborhood, city, and region. More than an outdoor exhibit, it is a public space that strengthens the connection between people, place, and our shared energy future. Energy Commons bridges two primary needs essential to our community’s future—revitalization of a formerly industrial waterfront and reimaging of our relationship to energy. Located at a bustling intersection of bikes, trains, busses, and pedestrians, it is the gateway to the waterfront and a civic hub where vehicles, people, and ideas naturally flow.